The report below is extracted from the end of year report sent to LiveTwice and was written by Mark Glen from WeSeeHope. 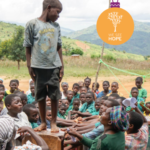 “It was another year of real growth, progress and change for WeSeeHope in Africa. Our economic programme, The Village Investors Programme, continues to deliver beyond our expectations; our new Child Headed House Programme is emerging as a major new component of our overall methodology.

So much to be thankful for, motivated by and so many stories of ‘change’ for the children and young people we support. 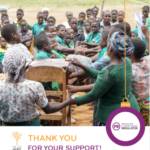 But there is no denying that it was also one of our toughest years ever trying to maintain the funding for this compelling, but now very demanding (financially) journey in Africa.”

We ran a five-day enhanced training course for 30 Kids’ Clubs Facilitators focussing on psychosocial support strategies and tools, including:

We ran Information Days for local leaders in each of the six communities about the structure, activities and impact of the Kids’ Clubs in their communities: Attendees included community leaders, Chiefs, religious leaders, teachers and even the elected leaders within their communities (politicians). The leaders were made aware of the Clubs and how having a good network of linkages within the communities can help address issues relating to the vulnerable children.

We offered training in leadership and entrepreneurship for 30 Kids’ Clubs Facilitators through:

We have helped each community start an Income Generating Activity to support the Kids’ Clubs,  including rabbit keeping, tree nursery beds for sale and vegetable gardens. Kids’ Club leaders who have been trained began mentorship programmes and children with potential for leadership were chosen by their fellow members to lead them. Roles include; Chairman, Vice chairman, Treasurer, Secretary, Vice secretary and IGA recorder.

We ran a First Aid Training Course for 30 Kids’ Club Facilitators (five members from each community) was conducted by St John’s Ambulance, which included topics such as:

In Kangoro, one of the six communities in Embu we are currently working in, there are 20 members of the OVC Committee and 96 children attend the Kids’ Clubs.

When the Committee were conducting home visits to the children from the Clubs, they identified Daniel*, a young boy from the Eagles Kids’ Club whose mother had abandoned him and his sister.

They were living with their grandmother but were at risk because she was not able to provide for them; the house had very basic sanitation and Daniel had stopped going to school. The Committee discovered that this was because he did not have a school uniform and had been sent home due to his torn clothes. His classmates and schoolmates used to laugh at him because of his clothes which had lowered his self-esteem and confidence in class.

The Committee recognised that the family needed help. They first used money from their OVC Pot and from some VIP members to purchase all of the items Daniel needed to go back to school (as seen in the photo!).

They then encouraged his grandmother to join one of the local VIP groups so she could start to save money, and provide for the children’s basic needs.

Today Daniel’s grandmother is a proud member of the Zawdi VIP group in Kangoro, and Daniel is in Class 6 at Ibiriga Primary School. He is also the leader of the Eagles Kids’ Club.

*Names have been changed to protect identities.