Tony first attended our project in Manchester, Choices Community Trust, in September 2014. He told us that he had worked in manufacturing thirty years ago but had been unemployed ever since. With so few jobs in manufacturing at the time, he tried other careers but his lack of qualifications stopped him making any progress. “You keep getting pushed back all the time,” he told us. “And the longer you’re out of work, they always ask the same question, “why has he been out of work for so long?” They take the best people in the end, the ones with most qualifications.”

He explained on arrival that he didn’t know how to use computers but needed to look for some jobs before his appointment with the Job Centre or he would get sanctioned. He sat down with one of our advisors who signed him up for our Work Skills and IT courses and helped him with his job hunting.

Tony explains, “Before I came to Choices, I was looking through newspapers for jobs. I couldn’t use computers to look so I was using the telephone. They put computers in at the Job Centre but I couldn’t use them because I’m not computer literate. It made me feel inadequate. I felt stuck and didn’t know what to do. I felt like I was in a time warp. I was in a rut and didn’t know how to get out of it. It felt like banging my head against a wall.”

“I feel proud of my achievement.”

Tony has completed the five week Work Skills course that concentrates on CV writing, methods of job hunting and interview techniques and has now started the IT Essentials course. He continues to attend the drop in sessions on a weekly basis and everyone can see an improvement not just in his computer skills but in his outlook and sociability.

“Choices have been very helpful,” he says. “Choices have got more time to help than other places. I’ve done the Work Skills course and … I am now doing the IT course. I feel proud of my achievement. The staff have been very helpful and shown me everything. I feel more confident with using computers and looking for jobs. I feel like I’ve made friends at Choices and feel more part of the community. It’s been good meeting people on the course who have similar interests to me. I feel more at ease.”

As well as continuing to attend the Choices Drop In, Tony has told us that he now feels more confident about using the computers at the local library and the Job Centre on his own. 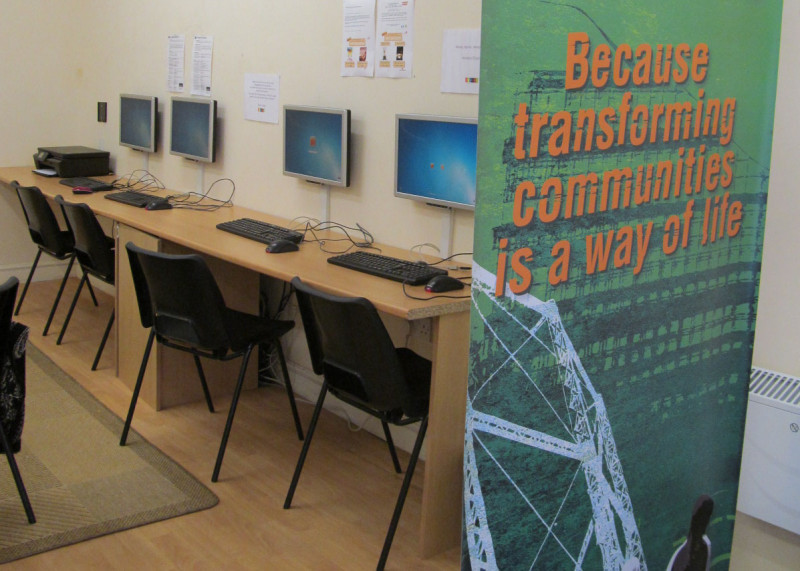