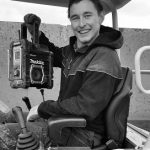 The charity that Liz chose to support at our annual carol carol concert in in December was Key4Life – a charity based in London and the South West.  Their mission is to reduce re-offending by youths as they leave prison.  Liz had heard of the amazing work Key4Life do after meeting Noel Williams at the Centre for Social Justice.  Noel is passionate about prisoner rehabilitation and totally inspired Liz – and Noel then inspired us all as he spoke at the LiveTwice carol concert about this life-changing project. He told us a little of his own life-story; as an ex-offender his life was changed by a similar organization who supported him out of prison and helped him turn his life around and extract himself from gangland life in South London.  Noel was encouraged into education which he excelled at gave him a second chance at life. Noel is now a highly thought of government advisor and youth worker with the Centre for Social Justice. 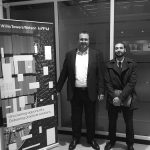 Key4Life have an incredible success rate delivering this innovative programme to young men aged 18-26 in prison and those at risk. They never give up on an individual and through their unique combination of boosting emotional resilience, employability, mentoring and family support, a young man is four times less likely to re-offend and four times more likely to be employed if he has gone through the  Key4Life programme.